Half human, half monster.

But how can scholars find ways to verify and ask new questions about authors’ work, especially when the text is all that remains?

A group of researchers at WID has looked beyond approaches traditionally associated with literary studies, instead gaining a deeper understanding through statistics, art and computation in a traveling exhibit called Victorian Eyes.

In the case of Frankenstein, the project’s statistical analysis reveals that the novel’s language emphasizes the “humanity” of bodies, including that of Frankenstein, begging the question: “What makes a human ‘human’?” Is being human based on biology alone — the sum of human body parts — or is it something else? This is one of many questions the team posed after looking at the number of times body parts were mentioned throughout the novel. 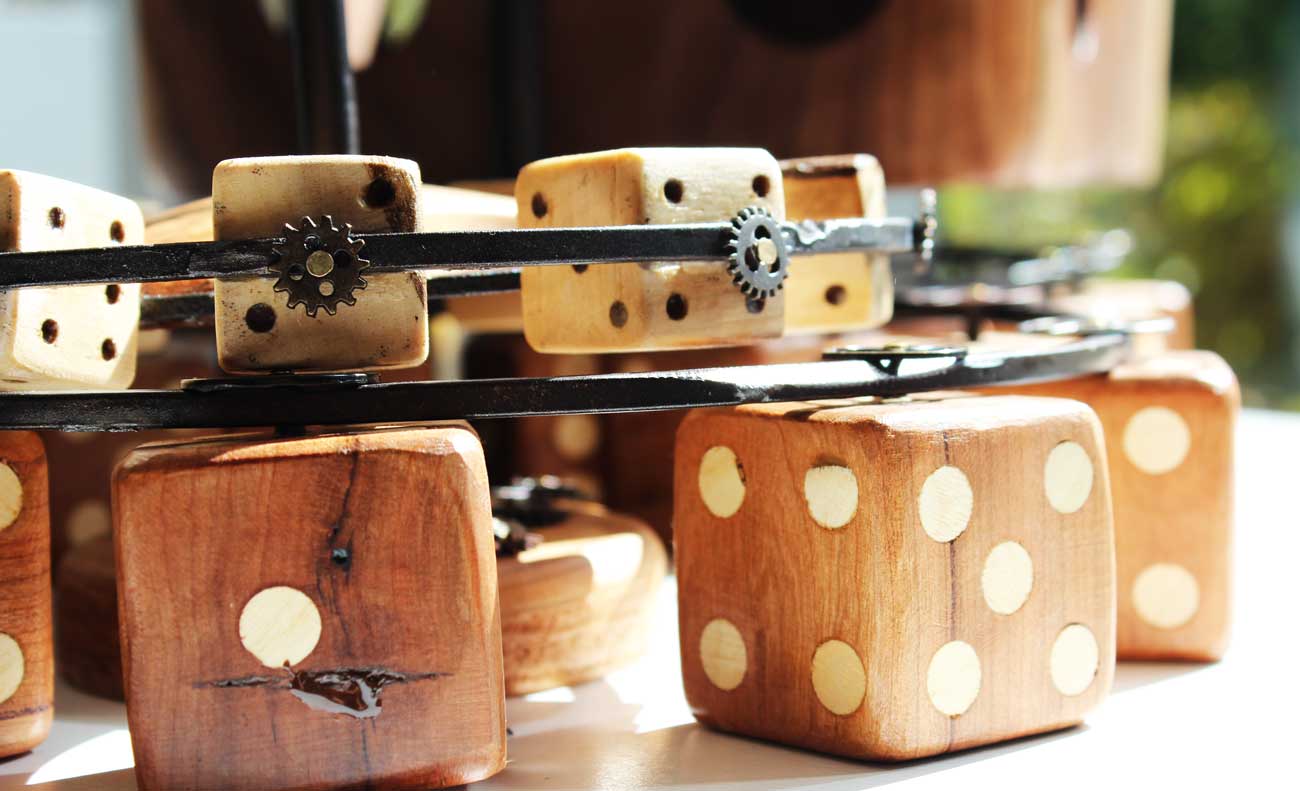 “In a piece where you’d expect all types of body parts mentioned (Frankenstein’s a monster made up of all different parts), there’s actually a pretty narrow focus on expressive features — the eyes, the mouth, the hands,” says Carrie Roy, WID collaborator and coordinator for the Humanities Research Bridge at UW–Madison. “We took these different numbers and translated them into a piece of art with a weird, graphical re-warping of all body parts for people to see, conveying information that would otherwise be viewed in a spreadsheet.”

With several similar findings translated into prints and sculptures, the team, including Roy, Catherine DeRose from English, and Fred Boehm from statistics, has gleaned insights of the Victorian era, a period from the 1830s to the early 1900s, by breaking texts down into numbers and measurements.

Unlike most text analyses in the digital humanities, Victorian Eyes allows people of all backgrounds to experience and “see” data sets through art.

For instance, one project examines language differences between male and female authors during the era, at a time when women began to gain more prominence as writers.

In collaboration with Rob Swader in the Morgridge Institute for Research Fabrication Laboratory, the team created “His and Hers Inkwells,” with 3D-printed walls comprising the most popular words used by each gender. These findings, the team says, would not have been possible without the assistance of computer modeling and computational approaches. 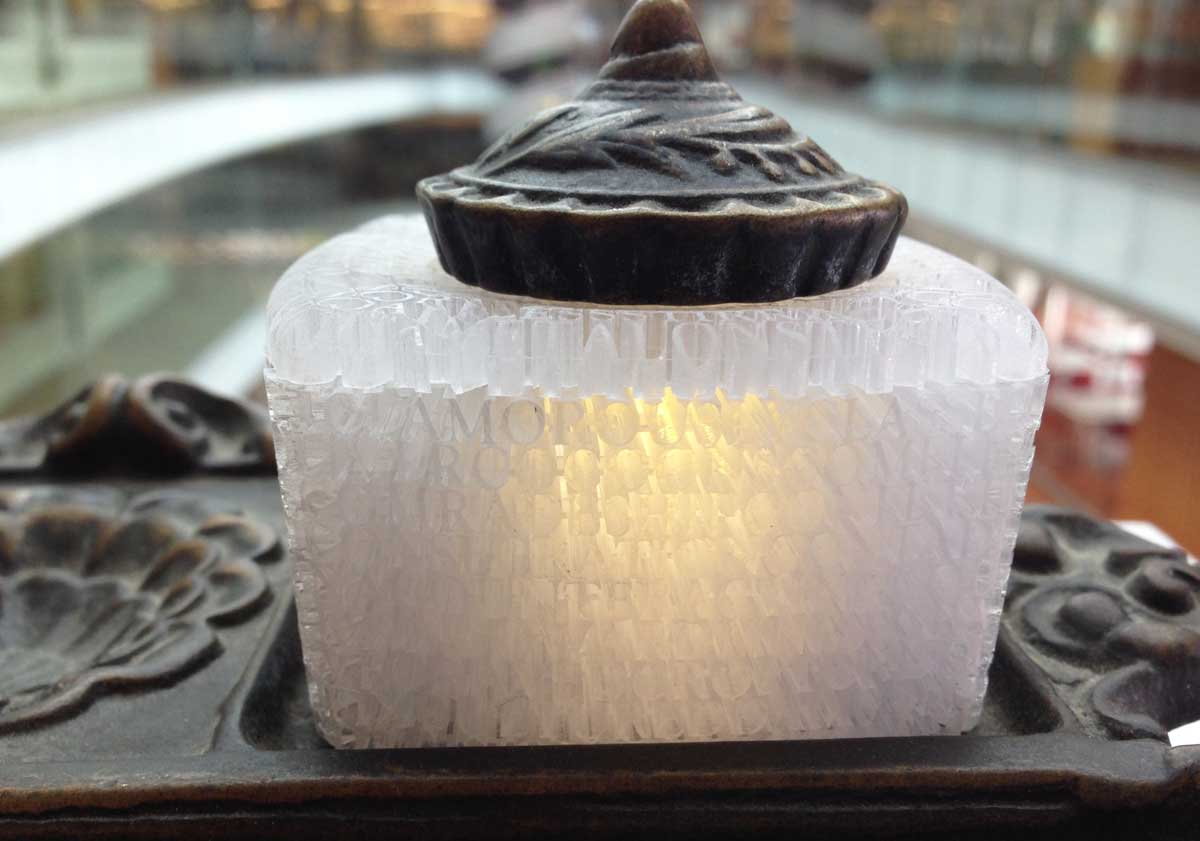 A different analysis examines word length across authors during the Victorian era, confirming that words actually became shorter and more accessible throughout time.

“We knew that more people were reading, but what we didn’t know was how authors were changing their vocabulary, perhaps in response to that,” says DeRose, who specializes in Victorian literature. “These are the types of insights that excite me the most — being able to ask new questions about my field that I wouldn’t have been able to before.”

In another project called “Little Time in a Century,” Roy, DeRose and Boehm looked at the most popular words that appear in texts, with “little” and “time” cropping up the most. Representing the entire text landscape through a word tunnel with a tool called WordCAKE developed by Roy and Ross Tredinnick of WID’s Living Environments Laboratory, the group allows the data to be experienced by moving through the network of words on a computer screen or even in WID’s virtual reality CAVE.

DeRose and colleagues speculate these terms appear the most because of advances in technology and the increasing importance time played in daily life during the Victorian era, as people began working in cities and using newly developed modes of transportation such as railways.

Findings aside, Roy, DeRose and Boehm say Victorian Eyes serves as a catalyst for deeper discussion about what it means to also study literature quantitatively, not just qualitatively through what scholars call “close reading.”

The data set used for the project includes approximately 200 Victorian-era texts, but the group is the first to admit the sample isn’t comprehensive. In fact, one piece of art from the exhibit — a wooden book with holes carved in it — called “The Great Unread: Untold Numbers,” zeroes in on the idea that data sets are themselves imperfect since they select for certain literary texts over time and not others.

For Boehm, the project brings to light similar principles in statistics, where data is sometimes missing completely at random or bias prevents the data from being included.

Simply being exposed to other disciplines, Boehm says, has enriched his own work and ability to tackle data sets in a wider array of fields.

“I’m working with data sets I normally would not had any idea existed,” he says. “WID really brings the three of us together and gives us the chance to take on complex ideas in manner that can be interpreted by a larger audience. For me, this collaboration is extremely helpful in conveying statistical notions to lay audiences in the future.”

Receiving support from the Arts Venture Challenge, a campus-wide competition to encourage new thinking and ideas in the arts, Victorian Eyes opened at the Wisconsin Science Festival in Fall 2013. The exhibit will appear more permanently in WID’s workspace and during the Data in the Humanities + Art event on Nov. 8, 2013.