Picket Charlie is an environmental thriller about a US Forestry Ranger who must defend her island reserve of trees from a band of ruthless timber pirates in a near-future world ravaged by climate change. This production is a result of WID’s Science to Script Writer in Residency Program’s inaugural 2020-2022 writer, Michael Graf.  Michael is noted in the International Screenwriters Association’s (ISA) “Top 25 Screenwriters To Watch In 2021” and  an Emmy Award-winning filmmaker. During Michael’s residency, he has collaborated with UW scientists and researchers on the creation of his script, Picket Charlie.

A table read of Picket Charlie is now available to the public.  This enhanced table read adds sound effects and music to help put the listener in the time and place of the story.

This project would not have been possible without the support and generosity of the cast and production team, listed here. 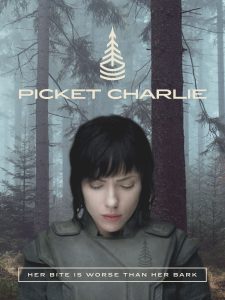