Leaning over a multitouch table, middle schoolers examine a digital underwater environment, shifting blocks across the screen and building lures to capture computerized fish. While the game introduces engineering principles and logic through an entertaining vehicle, the surface of the table is only half the story. 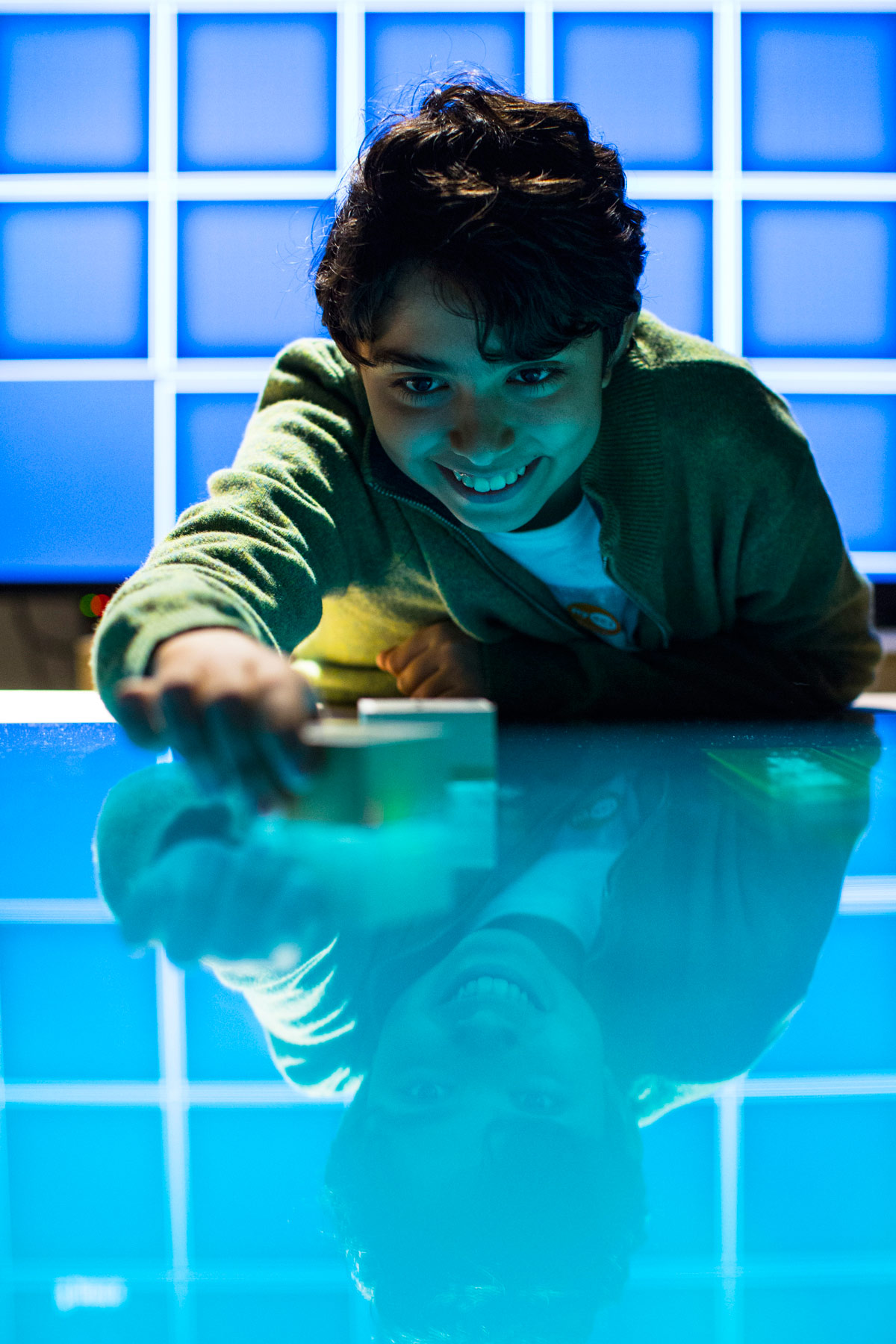 Beneath the table, computers record every move, streaming real-time data to Madison, Wis., to be examined by researchers to better understand what types of games and learning environments foster collaborative behavior and support problem solving in children.

Called “Oztoc” or “cave” in the Aztec Nahuatl language, the project between WID at UW–Madison and the New York Hall of Science is an interactive multitouch table to investigate how collaboration and learning occur during play in informal settings such as museums.

Developed in coordination with Games+Learning+Society, a research group with WID and the School of Education at UW–Madison, the project has reached its home in the New York Hall of Science, a science museum located in New York City.

To explore the game, which purposefully does not have instructions, players combine physical blocks (representing electronic components) to create circuitry and lights to attract undiscovered underwater creatures. With both collaborative and competitive modes, the game allows learning researchers to target and test specific scenarios, asking broader questions about how children can learn to think like engineers as they problem solve, reason and work with each other. 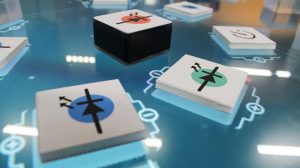 Funded through National Science Foundation’s Research in Engineering Education program, Oztoc was designed to complement the New York Hall of Science’s new Design Lab exhibition, which opens on June 7. Design Lab will provide museum visitors with a deeper understanding of engineering and the design process through a variety of activities. Using Oztoc, researchers will explore engineering education issues that will inform the design of future Design Lab activities.

“We’re thinking of new and inventive ways to bring in kids who wouldn’t have thought that engineering might be an activity they enjoy.”
— Leilah Lyons

“We’re thinking of new and inventive ways to bring in kids who wouldn’t have thought that engineering might be an activity they enjoy,” says Leilah Lyons, assistant professor of computer science and learning sciences at the University of Illinois, Chicago, and director of digital learning at the New York Hall of Science. Lyons and colleagues are exploring how the game can be designed to engage groups of learners to solve problems together. “As soon as they realize there’s a shared objective, they start emergently organizing themselves. And that’s fantastic because typically one kid might suggest a particular strategy first, but it really does become a shared effort among the group as they engineer a solution.”

In addition to gathering analytics from the game, the team plans to capture behavioral data from players, with the goal of adjusting the game scenarios to explore new research questions. 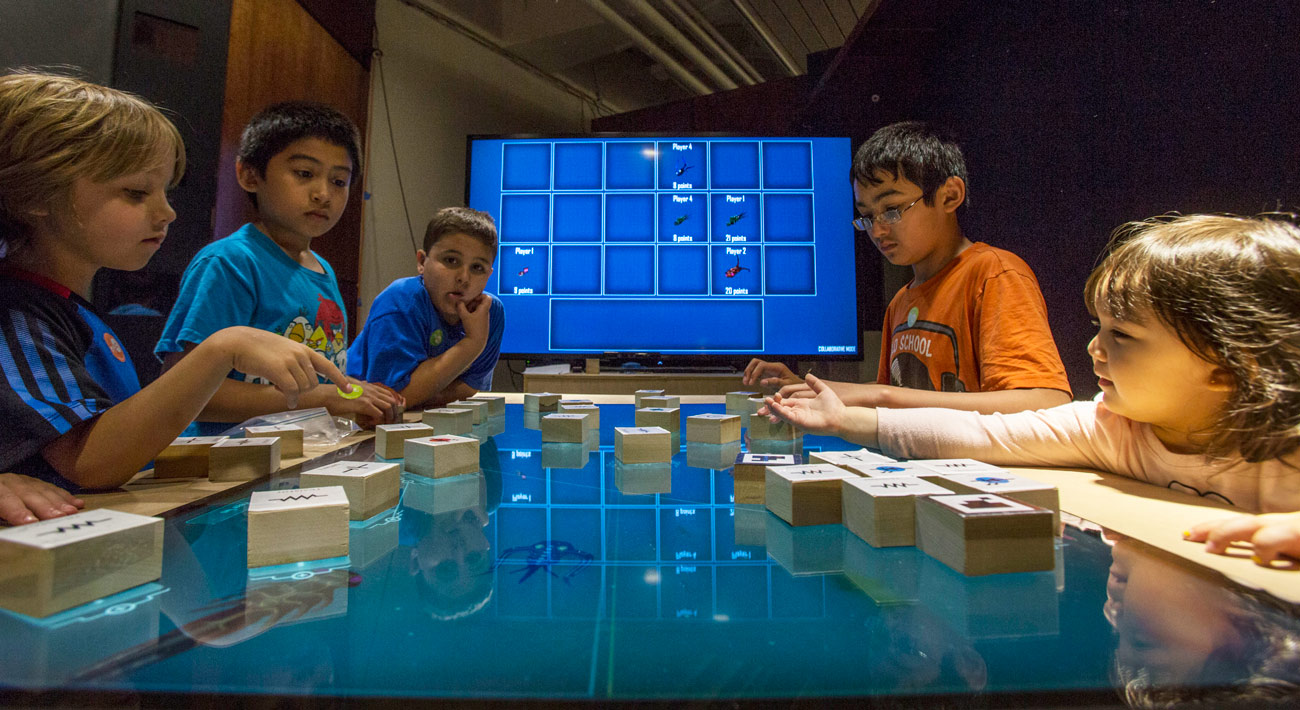 “Because we can change things on the fly to some extent, we can test out theories and we can say, ‘Oh, it seems like kids who build more complex circuits have a hard time working with other people.’ And then we can change the setup to further test that theory,” says Matthew Berland, Discovery Fellow, Games+Learning+Society researcher and assistant professor of digital media who co-leads the project. “It’s the theory building we’re really interested in. The bigger questions we’re asking relate to how we can build learning environments that work for children with different personalities

Berland and Lyons say insight gained from the project can help inform how to build collaborative environments in a variety of informal and formal places such as homes and schools.
For more information, visit the New York Hall of Science website.