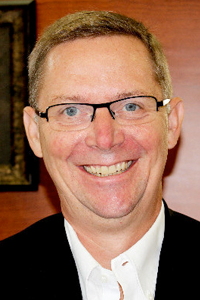 Outside interests include golf, tennis, cooking and chess.